Application usage on HP devices increased to over 30% by the end of August 2021 while Lenovo dropped to 21%, according to a new report by Aternity.

Amazon is offering new warehouse workers a £1,000 joining bonus in a bid to attract new recruits. In June, the U.K., and Australia signed a free-trade deal that could have some lasting impacts on HR and recruiting.

London has lagged the rest of the nation in generating jobs, dragged down by a trend toward remote working that kept people out of the capital and devastated hospitality and retail jobs that depend on footfall.London’s jobs market has sprung back to life, becoming a hot spot for the first time since the pandemic closed vast sections of the economy, two separate surveys showed.

The Recruitment & Employment Confederation said London had six of the top 10 areas in the U.K. for new job postings in the week ending July 18. Consulting and financial firms were among the top companies seeking staff in the city, led by EY, Citigroup Inc., PwC and KPMG, a report by the job search website Indeed showed.

London has lagged the rest of the nation in generating jobs, dragged down by a trend toward remote working that kept people out of the capital and devastated hospitality and retail jobs that depend on footfall. The city’s revival adds to evidence of tightening in the national labor market that’s starting to push up wages, fanning concerns about inflation.

The Bank of England is carefully watching signs of strain in the labor market as it considers whether to pare back stimulus measures it put in place in early 2020. As the government winds down a furlough support for wages of those whose workplaces were closed during the pandemic, unemployment is forecast by the central bank to tick higher.

Indeed said jobs in financial services, consulting and law are driving a hiring spree in London, pushing job postings 2% above their February 2020 levels. Food service, arts and entertainment positions also rose strongly from a year ago.

“It’s not just the hospitality industry hiring,” said Jack Kennedy, U.K. economist for Indeed. “Some of the capital’s biggest and best known professional and financial services institutions are leading the charge.” Employee Data Can Be Used For Good, But Treat It With Care

PwC offers a fitness watch to monitor employees’ wellbeing but it would be easy to misuse such insights. Vertu Motors has launched an enhanced maternity pay scheme to support its employees and deliver a more gender-balanced workforce.

Read more
Load more
Before you leave, check this out!
This might be the thing you are looking for... 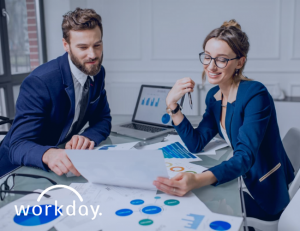 How HR and Finance Teams Can Leverage Data to Influence Success
Free Download
Here's something that might interest you. 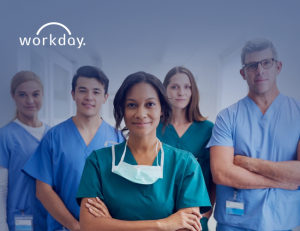 Three Steps to a Stronger Healthcare Organization
Download it for free

To receive your personalized newsletter, manage your newsletter preference, here.

We use cookies on our website to give you the most relevant experience by remembering your preferences and repeat visits. By clicking “Accept All”, you consent to the use of ALL the cookies. However, you may visit "Cookie Settings" to provide a controlled consent.
Cookie SettingsAccept All
Manage consent

This website uses cookies to improve your experience while you navigate through the website. Out of these, the cookies that are categorized as necessary are stored on your browser as they are essential for the working of basic functionalities of the website. We also use third-party cookies that help us analyze and understand how you use this website. These cookies will be stored in your browser only with your consent. You also have the option to opt-out of these cookies. But opting out of some of these cookies may affect your browsing experience.
Necessary Always Enabled
Necessary cookies are absolutely essential for the website to function properly. These cookies ensure basic functionalities and security features of the website, anonymously.
Functional
Functional cookies help to perform certain functionalities like sharing the content of the website on social media platforms, collect feedbacks, and other third-party features.
Performance
Performance cookies are used to understand and analyze the key performance indexes of the website which helps in delivering a better user experience for the visitors.
Analytics
Analytical cookies are used to understand how visitors interact with the website. These cookies help provide information on metrics the number of visitors, bounce rate, traffic source, etc.
Advertisement
Advertisement cookies are used to provide visitors with relevant ads and marketing campaigns. These cookies track visitors across websites and collect information to provide customized ads.
Others
Other uncategorized cookies are those that are being analyzed and have not been classified into a category as yet.
SAVE & ACCEPT